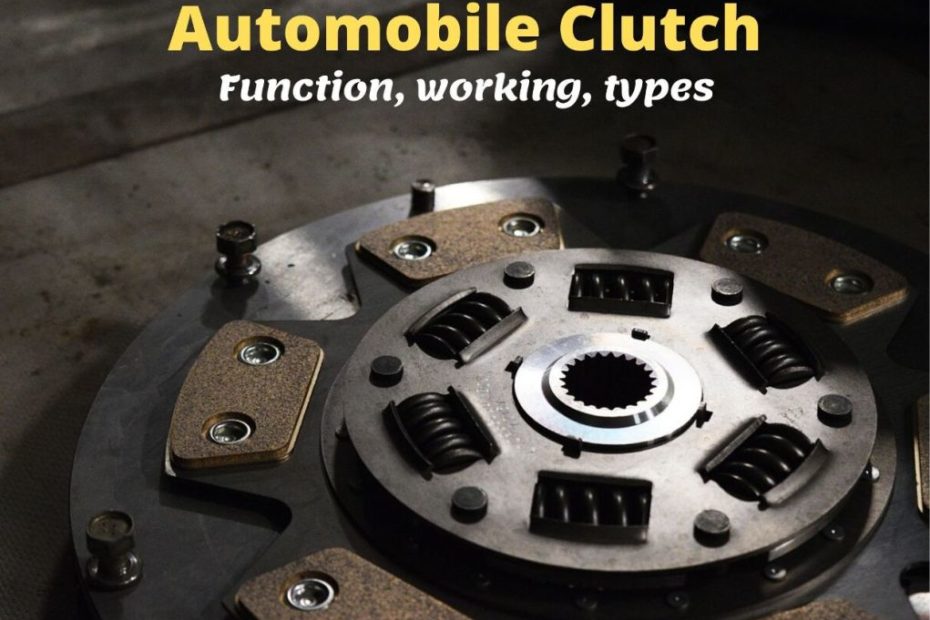 A Clutch is a mechanical device which when engaged transmits power from one shaft to another coaxial shaft. It engages and disengages the power transmission from the driving shaft to the driven shaft. When the clutch connects two shafts so then can rotate together, this phenomenon is called engaging of the clutch. While both shafts are rotating with different speed(slipping) or not connected to each other, is called the disengaging phenomenon of a clutch.

The simple function of a clutch is, when it engages, it connects two shafts and thus provides power transmission from one shaft to another shaft. Whereas when it disengages, it disconnects two shafts and stops power transmission. The Clutch connects the flywheel of the engine to the gearbox, so it transmits power from engine to gearbox. Here is some main function of the clutch is given:

Requirement of a clutch

The following are the basic requirements of a simple clutch:

In the automobile application, we use two types of clutch: 1. Friction clutch, 2. Fluid flywheel.

Friction clutch works on the principle that when a rotating disc comes in contact with a stationary disc, the stationary disc starts rotating because of friction between them. This is used when a moving (driving) shaft needs to connect to another different speed or stationary (driven) shaft. So how it can synchronize the speed or transmit power from driving shaft to driven shaft. This is also divided into many categories, described below.

Fluid flywheel works on the principle of transfer of motion between two members by means of a fluid. It synchronizes the speed of the driving and driven clutch by applying the pressurized fluid.

Types of the friction clutch

There are mainly five types of friction clutch: 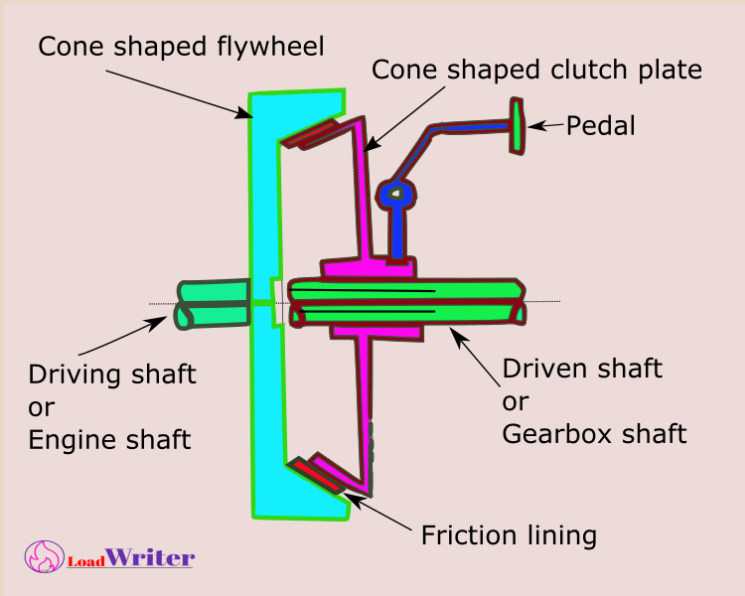 For disengaging the clutch, press the pedal which pulls the pressure plate outside and separates the contact surface with the flywheel. A single plate clutch is widely employed for heavy-duty vehicles. For example:- car, truck, bus, etc. 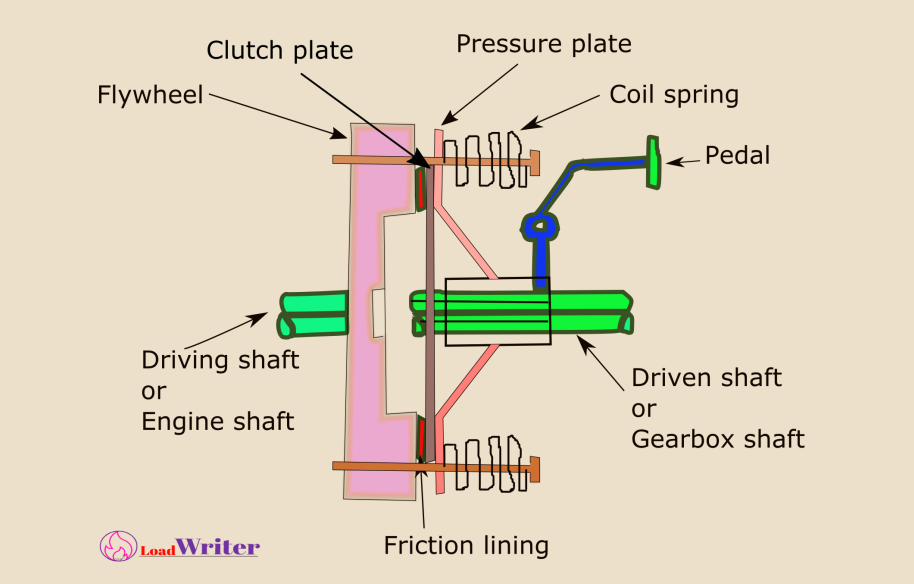 Nowadays a modified single plate clutch is used, known as a diaphragm spring type single plate clutch. It consists of a diaphragm spring attached to a pressure plate instead of a coil spring. Normally it’s a conical shape, but when assembled it get the flat condition, and thus it exerts a force on the pressure plate. So this force keeps the clutch in the engaged position. 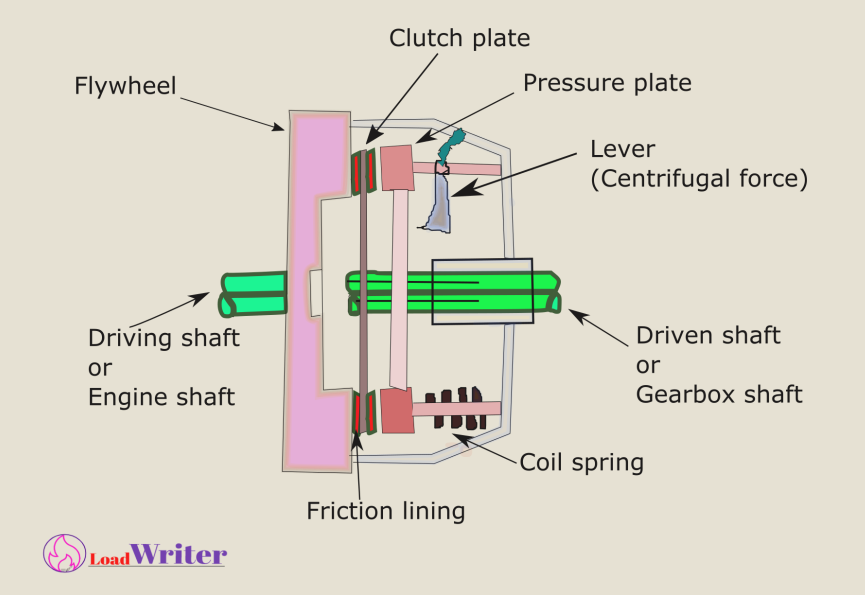 Here spring is eliminated and only centrifugal force is used to apply the required pressure for keeping the clutch in the engaged position. No clutch pedal is used as a clutch automatically disengaged below a certain speed. As speed increases weight flies and pressure plate get pressed. This force gets transmitted to the clutch plate and thus clutch plate engaged with the flywheel and transmits torque. 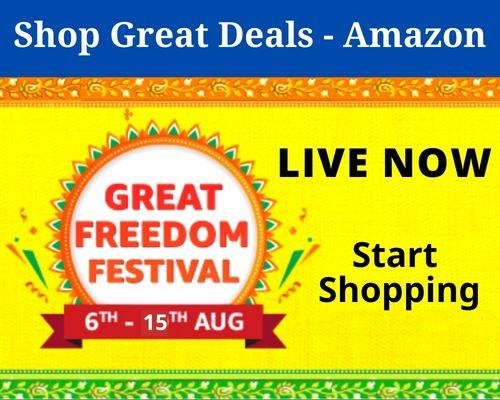